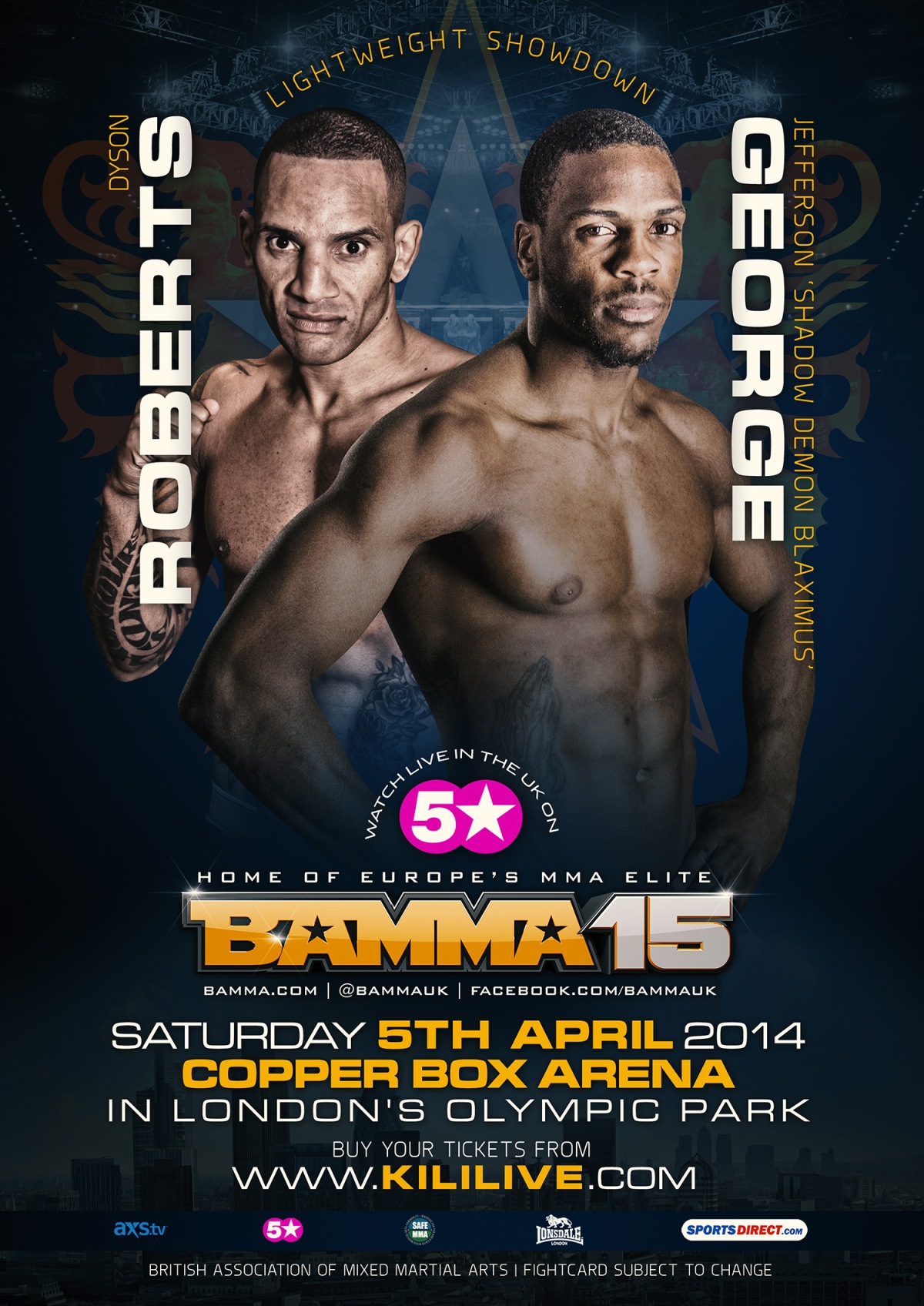 Dyson Roberts first fought professionally in MMA on Cage Rage. 4 of his 5 victories have been attained in the 1st round, 2 via TKO (strikes) and 2 via Submission to strikes, the fastest of which came in just 12 seconds. All his finishes have been accomplished within the first 2 rounds. Roberts debuted at BAMMA against Jeremy Petley at BAMMA 10, to lose by Rear Naked Choke. Fighting out of London’s Team Titan, Roberts carries an MMA record of 5-3.

Jefferson George also known as ‘Shadow Demon Blaximus’ fights out of Morefire Icon Jiu Jitsu Team in Luton. All his victories to date have come by way of Submission.  George is renowned for his Thai-boxing, BJJ and powerful athleticism. George defeated Marius Marzec at BAMMA 13 by Rear Naked Choke at the close of Round 2. BAMMA 14 saw the fighter suffer a loss to Tim Wilde due to a cut above the eye that caused a frustrating early Doctor’s Stoppage. George holds a professional MMA record of 3-2.

Tickets are on sale from £25 at http://www.kililive.com/artists/Bamma

BAMMA IS BROADCAST ON 5* IN THE UK, AXS-TV IN THE US, KIX IN ASIA, ABU DHABI TV IN THE MIDDLE EAST,THE FIGHT NETWORK IN CANADA, EXTREME SPORTS CHANNEL IN EUROPE, SETANTA IN AFRICA, SONY IN RUSSIA & TRANSYLVANIA MEDIA IN ROMANIA.

BAMMA is brought to you in Association with: