Cage Warriors 68 comes to The Echo Arena in Liverpool tomorrow night, for what promises to be a night full of action, but as with any professional mixed martial art event the official weigh-ins first had to take place.

**Ellis Hampson has elected not to cut any more weight, forfeiting 25% of his purse to his opponent, Azi Thomas

***Paddy Pimblett has elected not to cut any more weight, forfeiting 40% of his purse to his opponent, Conrad Hayes

***Marcelo Costa has elected not to cut any more weight, forfeiting 40% of his purse to his opponent, Ronnie Mann

* Did not make weight on first attempt

** Forefited 25% of purse to opponent

Seven fighters missed weight at first attempt which raised ‘eyebrows’ amongst the promotions own top brass, resulting in Director of Media and Operations, Paul Dollery to send out several social media tweets amongst them were these two: 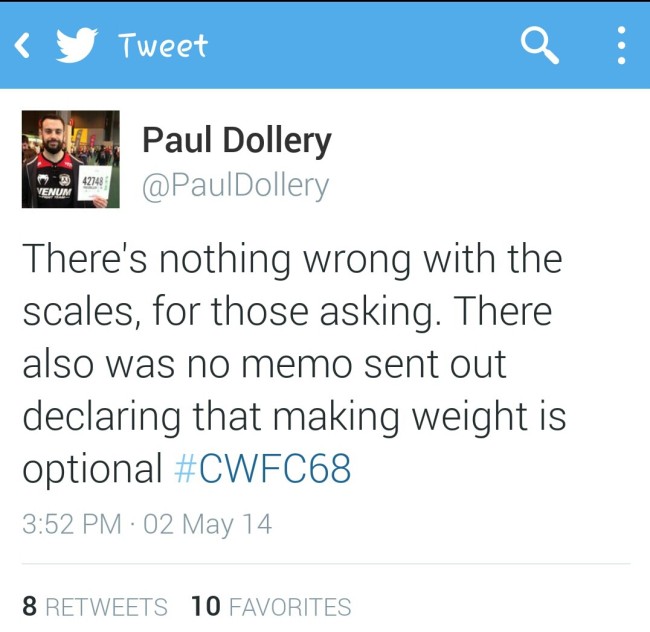 As a highly run, professional organisation it is expected that the fighters make their contractual weight agreement and to be professionals, representing, not only themselves, their club but the Cage Warriors FC brand.

Making a stance on fighters who are not making weight and opting for a purse pay-out option, CEO of Cage Warriors FC, Graham Boylan sent these two tweets out: 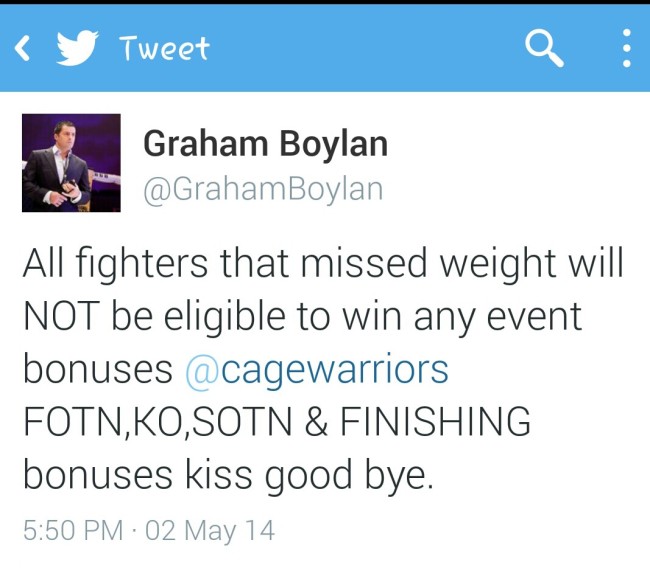 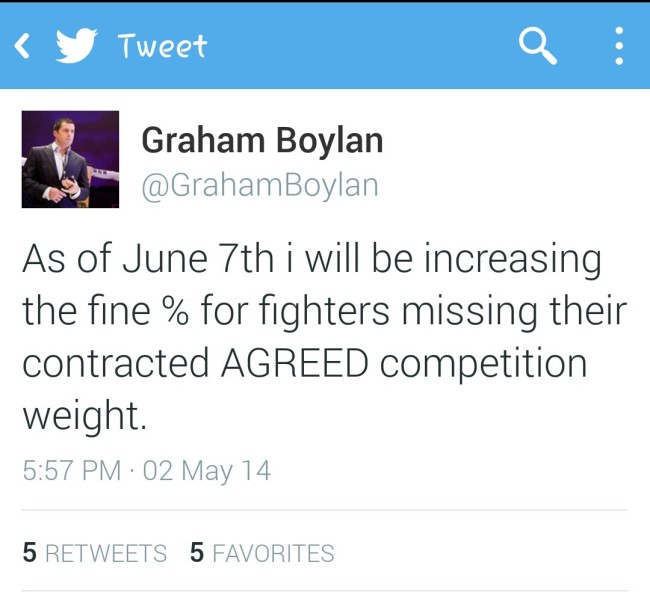 Let’s hope this gets all the fighters attention to comply.