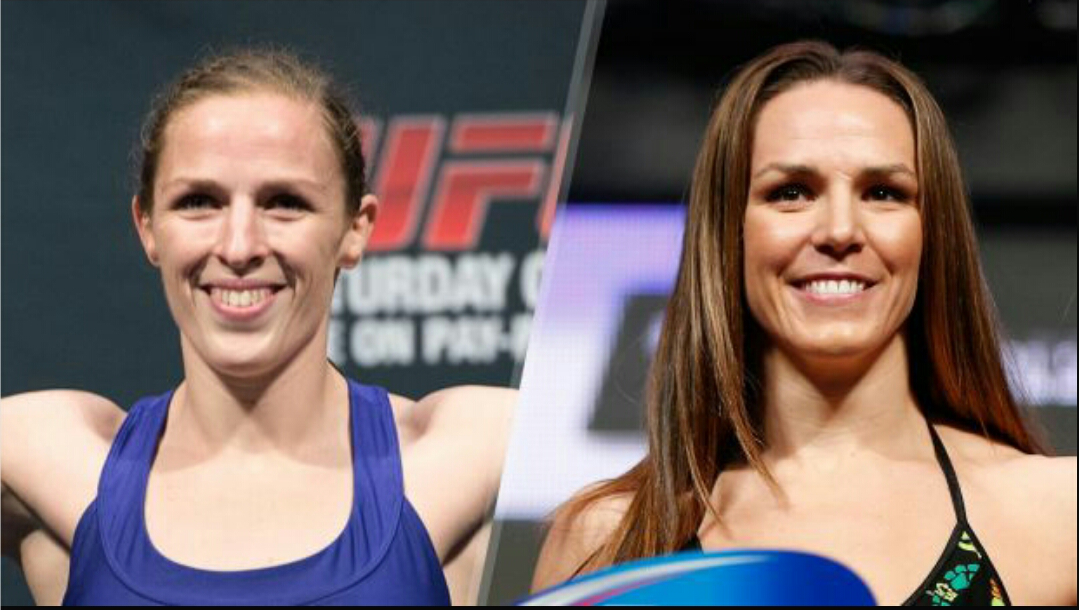 UFC 186 added a women’s bantamweight fight to their card yesterday; Kaufman Vs Davis ‘The Trilogy’.

Sarah Kaufman [17-2, 1 NC] VS Alexis Davis [16-6], Kaufman has already beaten Davis twice in her career, the first time in 2007 [Davis’ MMA debut] and the second time via Majority decision in 2012 at Strikeforce: Tate Vs Rousey.