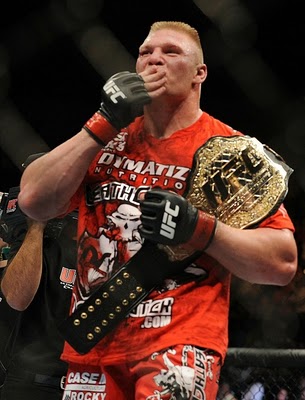 Brock Lesnar is arguably one of the most entertaining, charismatic, humble, born fighters ever to grace the world of sports.

In a very rare video documentary (for which you can view below), you can see how it all began for Lesnar growing up on a dairy farm in Webster, South Dakota, through his hard work to making the NCAA Wrestling Championships, WWE and up to the point where is about to become the UFC Heavyweight Champion.

Lesnar goes on to win the UFC Heavyweight title by defeating Randy Couture via TKO in the second round.

Fast forward to present day and Lesnar has now retired from the UFC for good, re-signed his contract with the WWE and will be facing Roman Reigns in tonight’s WrestleMania XXXI.

Being a brand of #Eat #Sleep #Conquer #Repeat is truly what Brock Lesnar is all about.