Four fighters from around the United States battle it out for the two title fights that will top UFC 187.

Middleweight champion Chris Weidman takes on former champion Vitor Belfort in a bout over a year in the making. 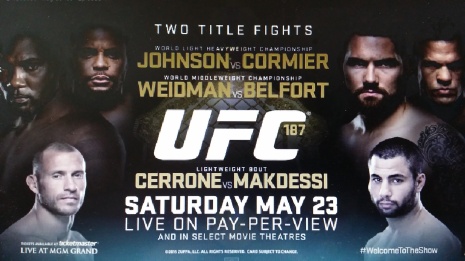