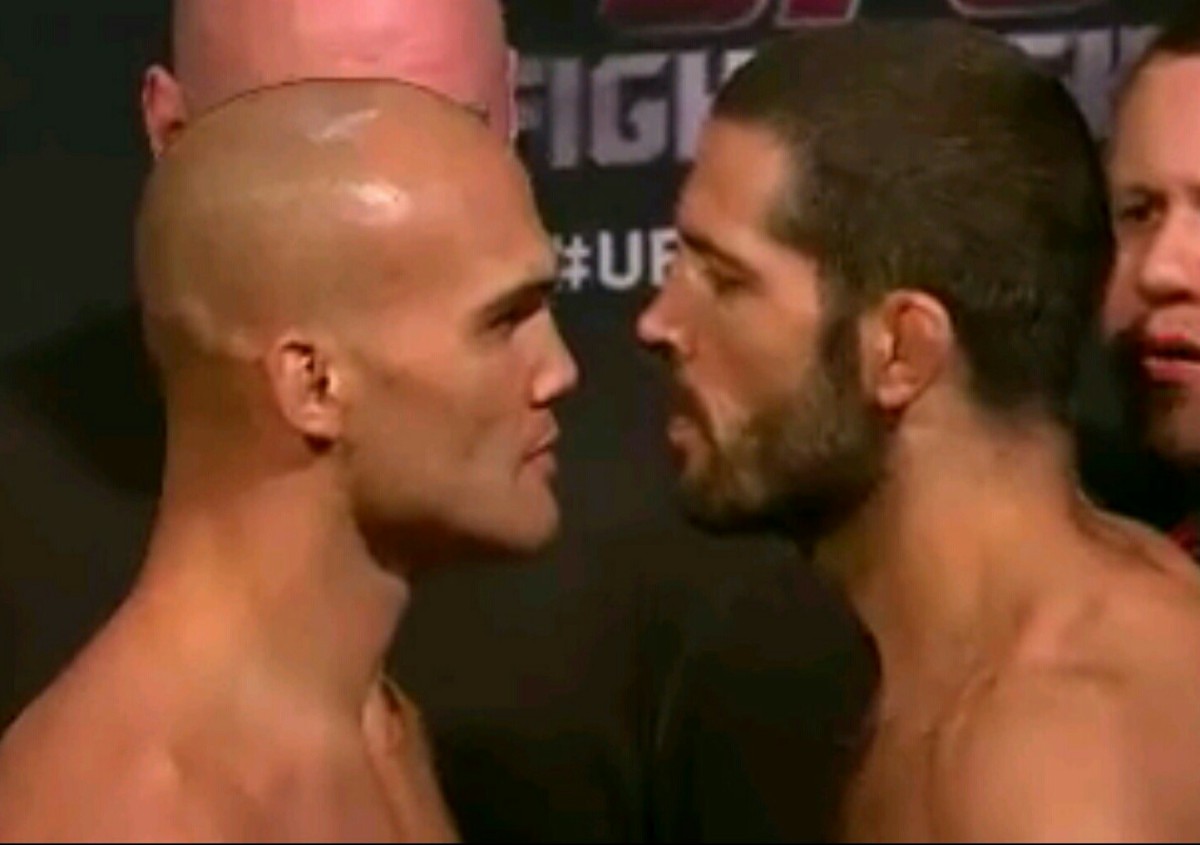 Tonight is the time for Matt Brown and Robbie Lawler to go head to head, to battle it out to see who will become the next person to face Johny Hendricks for the Welterweight Title.

Last night or early hours this morning here in the UK it was the all important weigh-ins, but Matt Brown found himself in somewhat of an unusual situation!

UFConFOX12 is at San Jose in California, not only did Brown come in over the scales at 1.5lbs also Juliana Lima, who is a new addition to the new female Strawweight division came in over the scales 2 lbs [1.5lbs officially after two hours]. The California State Athletic Commission, for reasons unknown would not let Brown cut anymore weight [according to reports by www.mmajunkie.com].

No penalty was handed out to either fighter for the weigh-in ‘issue’ and therefore still remain eligible for the UFC’s post-fight bonus awards.

For me though it was Bobby Green that stole the weigh-in limelight, the ever professional was all respect for oponnent Josh Thomson [see photos] before switching it on for the close up ‘Face Off’ picture.

On the other hand, I could not make out Joanna Jedrzejczyk, but Dana White did have to step in a few times on a few other ‘Face Offs’ though!

On that note, here is the whole of the card and how all of the twenty-four athletes weighed in individually.