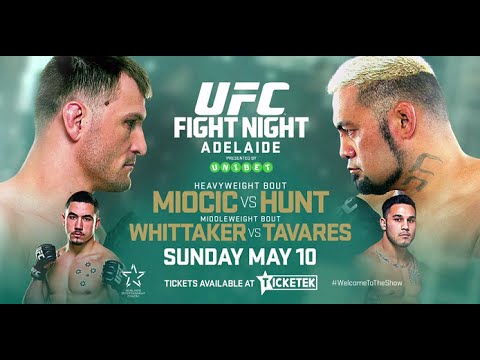 The UFC was in The Land Down Under with UFC Fight Night: Adelaide on Saturday May 9th 2015 with Heavyweights Stipe Miocic and Mark Hunt who headlined the card in what was to be a display of Stipe Miocic dominating Mark Hunt for five rounds.

In the co-main event Robert Whittaker made very quick work in what was to be his biggest scalping to date in the form of Brad Tavares by defeating him via KO in just 0.44 seconds.