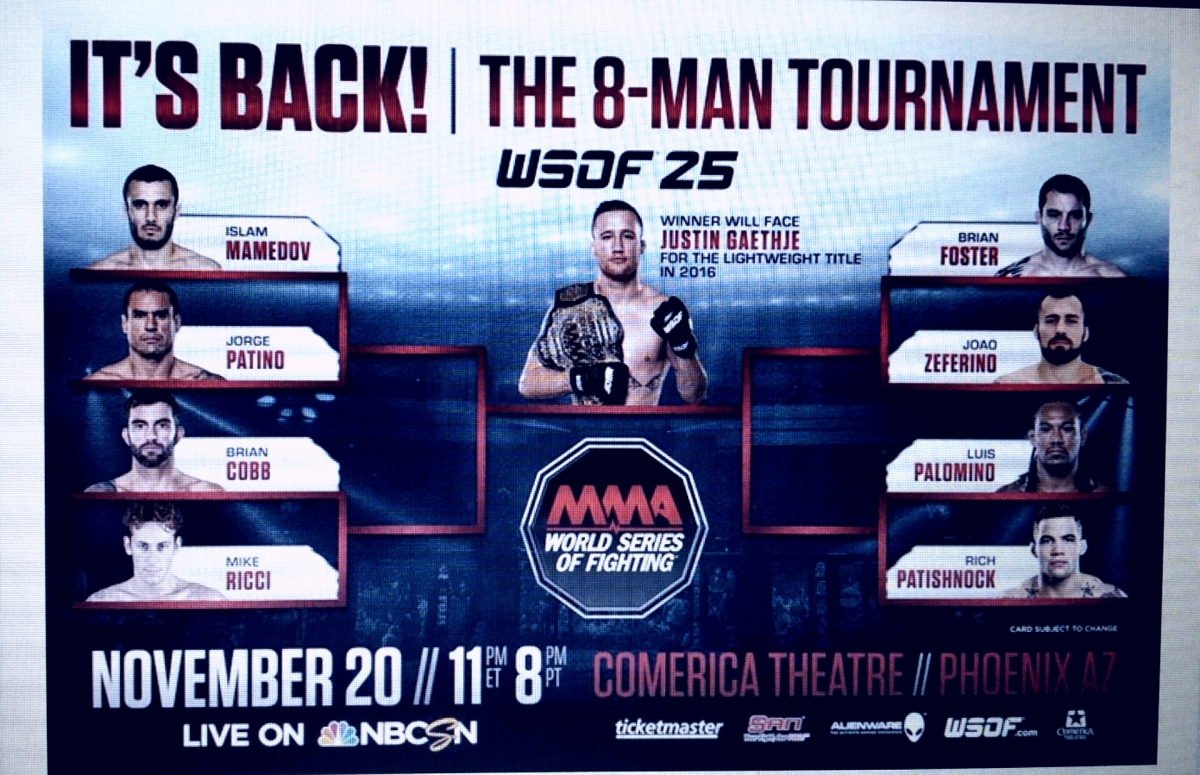 World Series of Fighting announced new rules for the lightweight tournament to be held at WSOF 25 on November 20th. The main one is the ban on elbows for the quarter-final and semi-finals.

According to WSOF the quarter-finals of fights will be 2 rounds of 5 minutes and the use of elbows are not prohibited. If the judges declare a draw after the two rounds then a fourth official will come in and decide the winner.

In the semi-finals, it will be 3 rounds of 5 minutes, but the use of the elbow is again not permitted.  And if any of the qualified athletes for the semi-final is injured, the fight’s loser will fight again, but if he is also injured, one of the winners of the previous bouts, whom have fought, will win the contest.

The final will be an MMA fight under unified rules; three rounds of five minutes and the use of elbows are allowed..

WSOF 25 will be held on November 20th at Comerica Theatre in Phoenix, Arizona.