The UFC made a return to Sao Paulo in Brazil last night for what was deemed a ‘Rubber Match’ between Vitor Belfort and Dan Henderson, this time set at Middleweight (185 lbs).  It was, as expected though, another win for Vitor Belfort and within the two-minute mark via a well executed head kick which set up the final array of punches to call time on the trilogy. 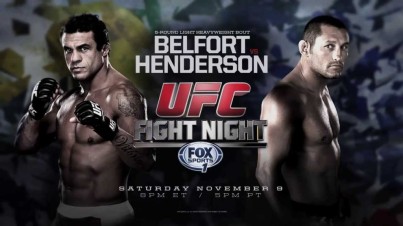