The event which had three Title fights on the card saw Cyborg dominate Van Duin in just 45 seconds to retain her Featherweight Title; Tonya Evinger became the new Bantamweight Champion after a four round beating on very game Irene Aldana who showed tremendous heart throughout and Ayaka Hamasaki became the first Japanese Champion in the promotion’s history by gaining the split decision win over Brazil’s Herica Tiburcio by doing so to take home the Atomweight Title.

Here are the Full Results: 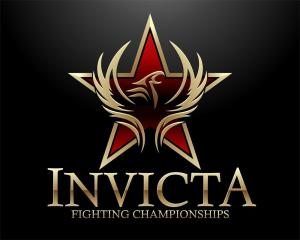 At the weekend, Shannon Knapp President of the all- female fighting organisation Invicta FC went on a signing spree and signed up 15 new fighters.

Ranging from Atomweight up to the Featherweight divison, with the biggest chunck of new signee’s coming into the Strawweight and Flyweight Division having 5 new signings each.

Here, you can meet all 15 new Invicta FC Fighters and read a little bit about their ‘Fight’ history courtsey of sherdog.com.

You will notice that Roxanne Modafferi will now be fighting at 125lbs not 135lbs.

Coming in as a Debut Pro Fighter

FIGHT HISTORY
Invicta FC continue to strive to be the forefront of Female Mixed Martial Arts and has been doing so since 2012 by President and CEO Shannon Knapp and not forgetting former Match Maker Janet Martin.
The new signee’s will give new Match Maker Julie Kedzie something exciting to put together for everyone involved with Invicta FC and more importantly keeping the fans wanting to see more from WMMA.