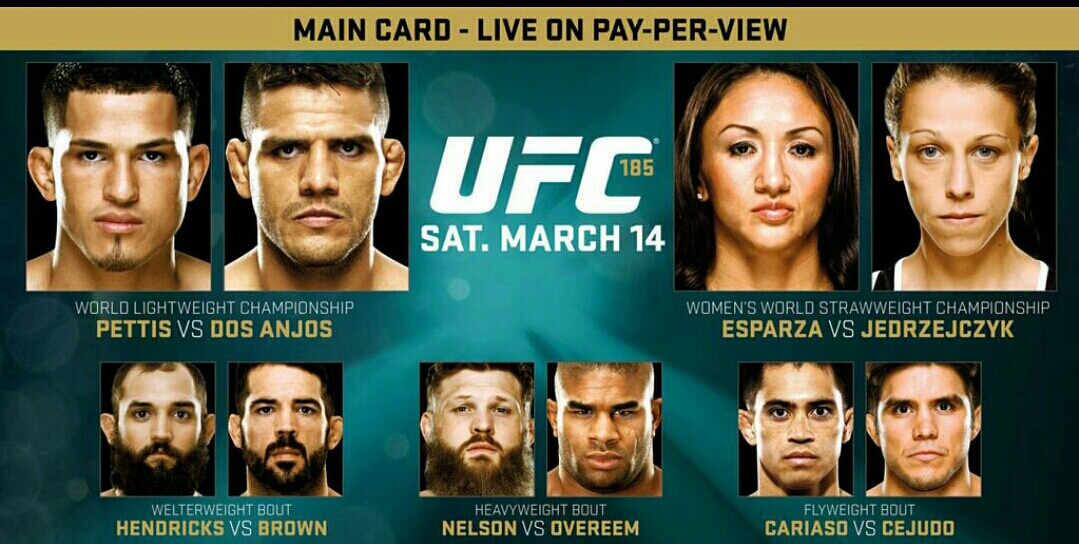 It was the event we was all waiting for, UFC 185  where we would get to witness great elite, MMA athletes in a double-header Championship Title Event.

The whole card did not let us down, from the very first opening card right up to Anthony Pettis,  Main Card Title defence fight.

There were far too many standout fighters for me to mention, they all did bring their A Game, with the exceptional few who lost out to what we could only describe, as this is why we love watching MMA, as anything can happen, and did!

Here are the exciting results:

PERFORMANCE OF THE NIGHT