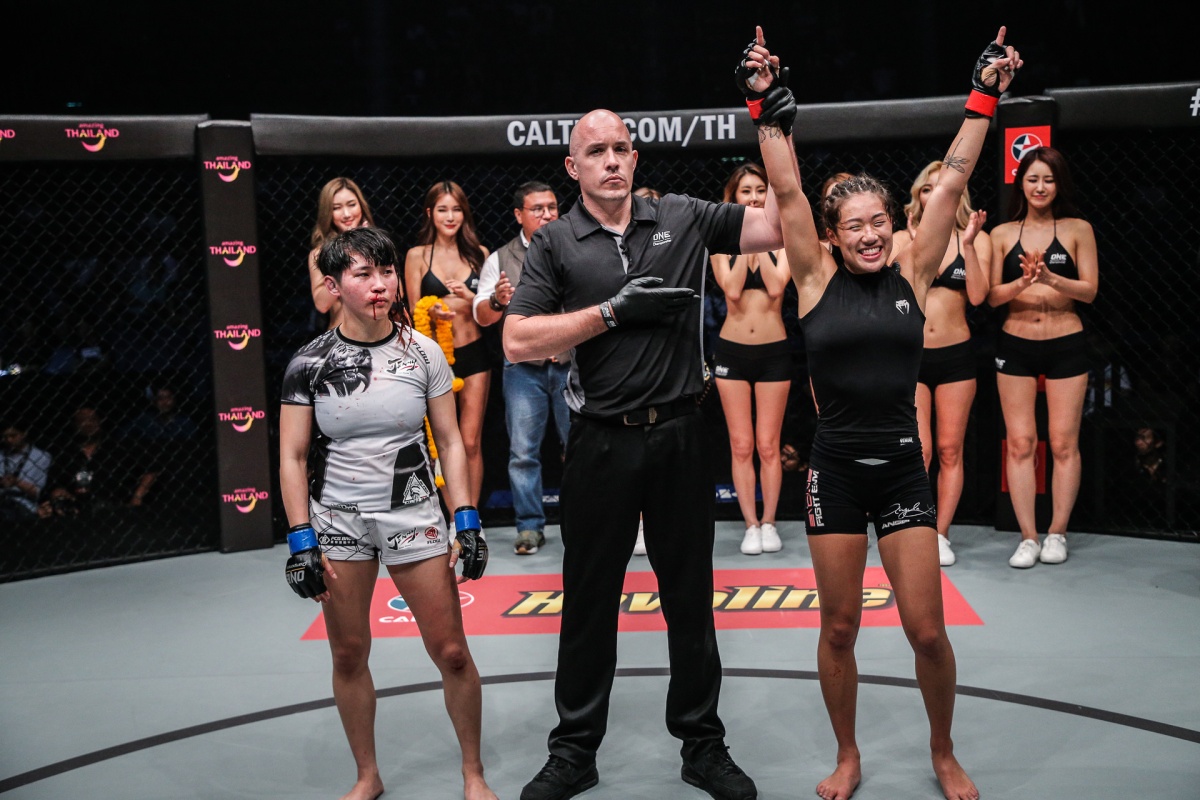 Earlier this evening ONE Championship held their 53rd event: WARRIOR KINGDOM at the Impact Arena in Bangkok, Thailand.

Headlining the event was 20- year- old “Unstoppable” Angela Lee who was defending her Atomweight Belt against Jenny Huang.