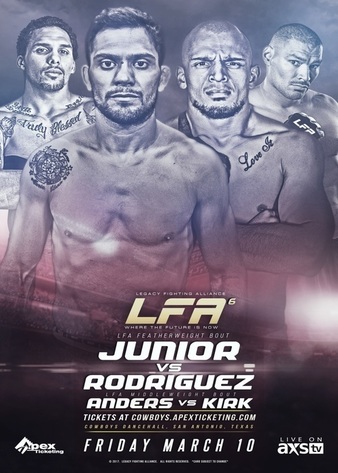 Brazilian Jui-Jitsu specialist Mackenzie Dern was making her third pro outing in her Mixed Martial Arts career. Dern could not make the contracted weight for 115lbs, so the bout was changed to a Catchweight of 120lbs just before she took to the scales and weighed in on target on the second attempt. Her opponent Katherine Roy will receive 20% of her fight purse.