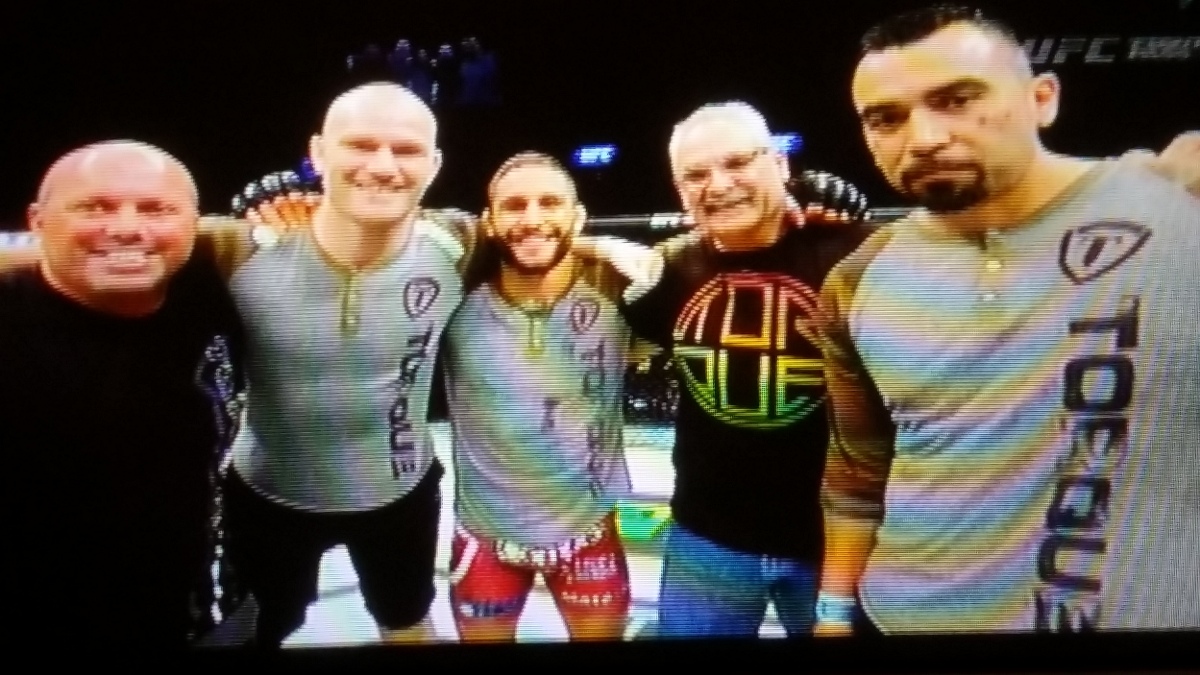 UFC Fight Night 63 came from Fairfax in Virginia, where Chad ‘Money’ Mendes defeated Ricardo ‘The Bully’ Lamas proving why he is the number 1 contender in the featherweight division. Mendes made short work of Lamas, lasting just 2 minutes 45 seconds to defeat ‘The Bully’.

In the co-main event between Jorge Masvidal and Al Iaquinta, it was the reaction after the fight that got everyone pumped. Iaquinta won via Split Decision (some went onto argue it should have been the other way around), Masvidal storms out of the cage; The arena echos with Boo’s as Iaquinta gives his post winning speech for which he proceeds to get upset and lands the F-bomb, cursing the crowd out!

Here are the results:

UFC lightweight Dustin Poirier talks about his decision to move up a weight class from 145 to try his luck at 155.

After a long and difficult road back to the Octagon, rehabbing from a torn ACL, MCL, LCL, and meniscus, Julianna Pena has made a full recovery and is back.

She is set to face Milana Dudieva on the main card of Fight Night 63 Fairfax.in Virginia on Saturday April 4th. 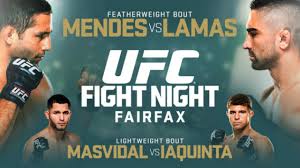 UFC featherweight contender Chad “Money” Mendes explains why he became a fighter after college, how he has gained another family, and what knowledge he hopes to pass on to younger athletes at Team Alpha Male.

How would Ricardo Lamas describe his striking style? Well, you’ll have to watch and find out as the No. 4-ranked featherweight talks about his punching and kicking game in this edition of “Heavy Hitters.”

When not in the gym training, Chad “Money” Mendes enjoys relaxing in the outdoors and going fishing or deer hunting.

When Ricardo Lamas gets on his bike, he just goes where the road takes him. Check out this edition of Gym Escape to find out why Lamas feels stress free when he gets away from training and hops on his Harley.

Follow along on Chad Mendes’ journey to his shot at the featherweight title against Jose Aldo at UFC 179 in Brazil.

Go behind the scenes during the lead up and during the fight to hear Mendes talk about the experience.

Lamas looks to make his climb back into title contention as he takes on Chad “Money” Mendes in the main event at UFC Fight Night 63 Fairfax, this Saturday April 4th.

As always before any of the fights can take place it is the all important weigh-ins.