It’s been a challenging year for me but I wouldn’t change it for one second, after all I got to do what so many of you still want to do and I have achieved all of it in the six months that I started this harsh challenge – which fell into my lap purely by coincidence (you will have to refer back to my very first blog read about that one)!

I will however give a big shout out to the person who got me started not only in writing my own blog but who introduced me to what I currently do, and that is Jonathan Millard, for whom I am forever grateful to.

What alot of people, more than likely do not know about me, is that I have been in the ‘combat sport industry’ for just over 20 years now, so I have legitmately worked my way up the ladder  – although, it’s fine for you to believe whatever you choose to believe, I personally don’t give a shit, again those that really know me, know that also!

I got to cover local grass root shows, which to me I have always been a great fan of and will always take time out of my schedule to go cover them as much as I can, I  covered Pain Pit 3 times, Ultimate Impact,  Into The Cage, Neilson Promotions White Collar Boxing then I also covered Cage Warriors, BAMMA and UFC Manchester, not bad even if I do say so myself!

Then a great event happend for UKMMA – The UKMMA Expo in Manchester and I got to be part of the only Media Team that had Access All Areas and when I say that, I truly mean that; not like all the other Media people that came in, the team I was with we were set up in the ‘Green Room’ with all our equipment and at one point their was one great surreal moment that I for one will never ever forget 🙂 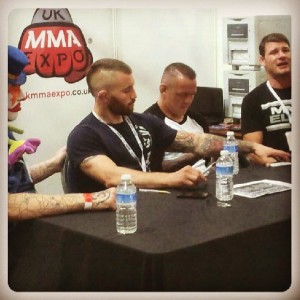 It was a great run event by Darren Sherlock and Paul Crossley and of course Darren’s wife Michelle, all timed perefectly for when Michael Bisping would be in the UK, Manchester as it happens (his own town) and just after being announced he would be facing Mark Munoz, here also in Manchester in October (unfortuntaly due to Michael needing eye surgery he was forced to withdraw from the bout and Lyoto Machida replaced him)!

There were UFC athletes, Guest athletes, Guest speakers, Seminars to train with some of the  Guest athletes and stalls for the MMA community to come together and show there products of to the public; also there was the stall for SAFE MMA – for which I personally went over to Izzy Carnwath and spoke to her to see SAFE MMA  was all about, how promotions could get involved and WHY they should. I had such a better understanding afterwards.

There was also a big NoGi BJJ competiton on, running throughout the Sunday which was awesome and six females took part amongst the hundreds of men.

At the show I managed to Video Interview (yes that was a very first for me) The Legend Ian ‘The Machine’ Freeman straight after his MMA Seminar – let me tell you know this guy is 100% gentleman when talking to him, Ian made my first video interview effortless (well I thought) 🙂

Here is mine and Ian’s interview:

I would however like to say a very big thank you to all the athlete’s I have worked with (so far)  without you giving up your time I would not of had your stories/journeys to write about and some very memorable moments to say the least, so in list of when  they were interviewed  here they all are:

Mark ‘The hand of’ Godbeer

And of course it would not be me, if I did not add in afew pictures of me with some of the athletes I had met 🙂 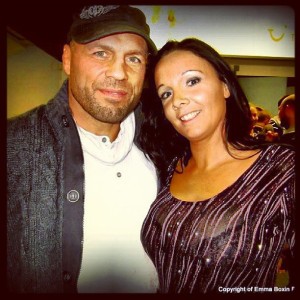 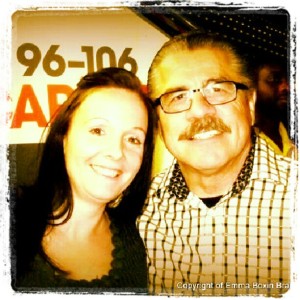 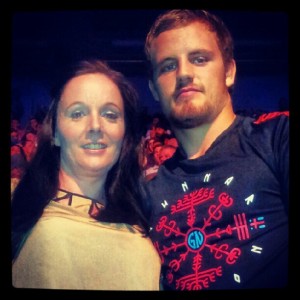 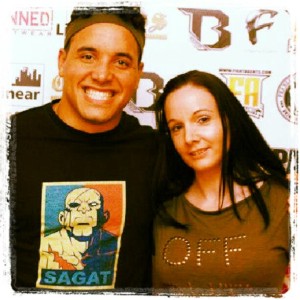 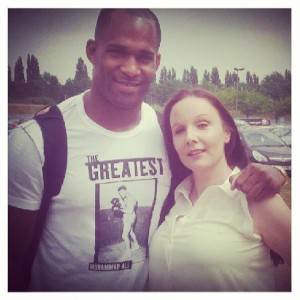 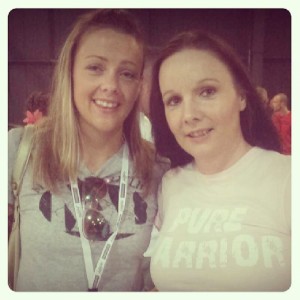 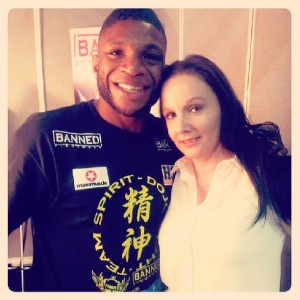 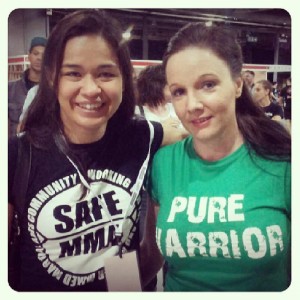 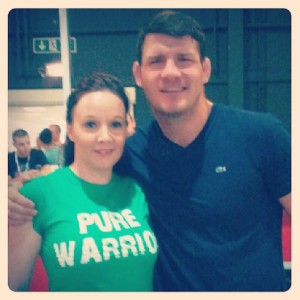 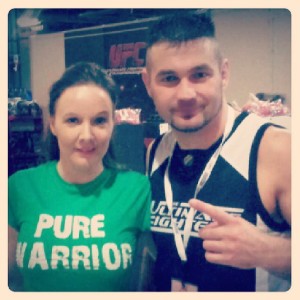 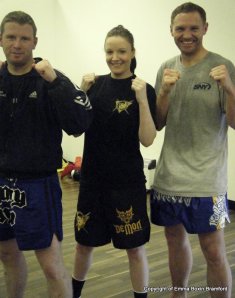 Have a great New Year.