Also on the card saw the return of Catherine Costigan who faced hard-hitting Wendy McKenna in an Atomweight bout.

The UFC was back in Dublin, Ireland last night, Saturday, October 24th live from the 3 Arena which saw  Louis Smolka defeat Paddy Holohan via rear naked choke in the second round in a highly fought flyweight bout.

The co-main event between Reza Madadi and Norman Parke was set to be a highly charged, lightweight bout after the verbal lead up to the fight. It was again left in the hands of the judges and Norman Park managed to get the all important win.

Darren Till vs Nicolas Dalby 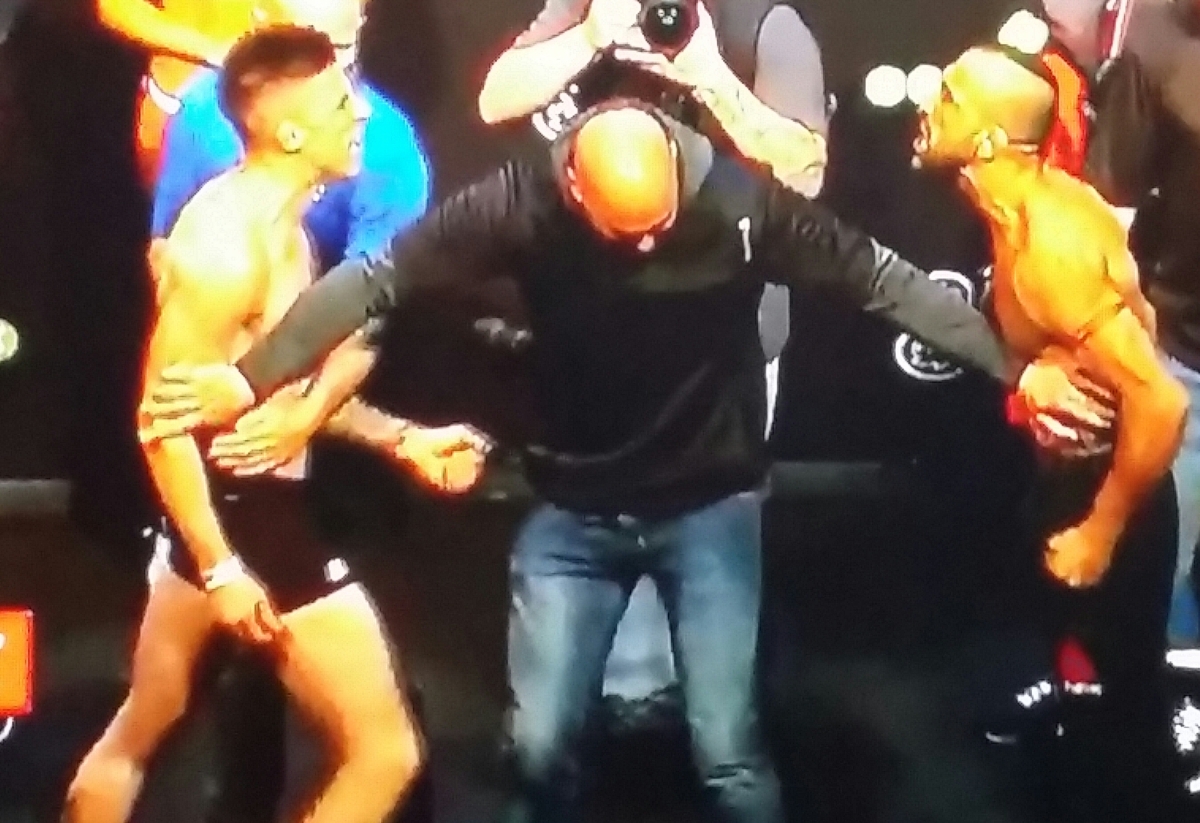 The UFC is back in Dublin, Ireland on Saturday, October 24th live from the 3 Arena for a card that was due to see lightweight athletes Joseph Duffy take on Dustin Poirier in the main event, but due to an injury sustained to Joseph Duffy in his last sparring session he has been declared medically unfit and the bout cancelled. 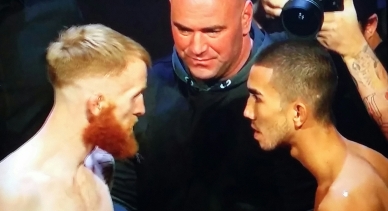 The new main event will now see Paddy Holohan against Louis Smolka in a flyweight bout and the co-main is a lightweight bout between Reza Madadi and Norman Parke.

Streaming live exclusively on Fight Pass, and on delay via PICK TV (main card) in the UK, also on Setanta Ireland and 3e.

Here are the full weigh-in results:

UFC®  announced its highly anticipated return to Ireland, set to take place at the 3Arena on Saturday October 24th 2015.

Following a hugely successful event in 2014, which saw tickets sell out in under an hour for UFC FIGHT NIGHT®: McGREGOR vs. BRANDAO, the organisation immediately stated they would hope to return to the ever expanding market in 2015.

Joe Carr, Vice President of International for UFC commented: “Ireland has been such an important market to the UFC and we couldn’t let a year go by without delivering another spectacular event for the fans in the capital. We’re looking forward to showcasing both local and international talent at the event and hopefully getting the decibel counter higher this year round.”

In order to avoid disappointment, fans are encouraged to register their interest via this LINK for UFC FIGHT NIGHT DUBLIN to receive information and reminders about the ticket sale.

This month sees an exciting month for Irish fans as UFC superstar Conor McGregor faces Chad Mendes at UFC 189 as he competes to bring the world title home to Ireland on Saturday July 11th.  Fans can watch this event live on Setanta Sports from 3:00 a.m. IST.